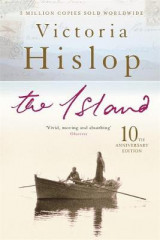 Victoria Hislop’s first novel The Island is an international bestseller. It was selected for the Richard and Judy Summer Read, and won Victoria the “Newcomer of the Year” Award at the Galaxy British Book Awards 2007.

Keen to preserve the integrity of the book and to give something back to the Mediterranean island on which it is based, Hislop spurning Hollywood, the author settled for “far less” from Mega, the Greek broadcaster, which adapted The Island as the 26-part drama To Nisi which was broadcast in 2010-2011, becoming the most successful television series ever broadcast in Greece. The series has since been sold for syndication to Turkey and Croatia.

The Island has been translated into more than twenty languages, and has been a bestseller in many countries around the world.

On the brink of a life-changing decision, Alexis Fielding longs to find out about her mother’s past. But Sofia has never spoken of it. All she admits to is growing up in a small Cretan village before moving to London. When Alexis decides to visit Crete, however, Sofia gives her daughter a letter to take to an old friend, and promises that through her she will learn more.

Arriving in Plaka, Alexis is astonished to see that it lies a stone’s throw from the tiny, deserted island of Spinalonga – Greece’s former leper colony. Then she finds Fotini, and at last hears the story that Sofia has buried all her life: the tale of her great-grandmother Eleni and her daughters and a family rent by tragedy, war and passion.

She discovers how intimately she is connected with the island, and how secrecy holds them all in its powerful grip… 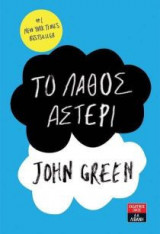